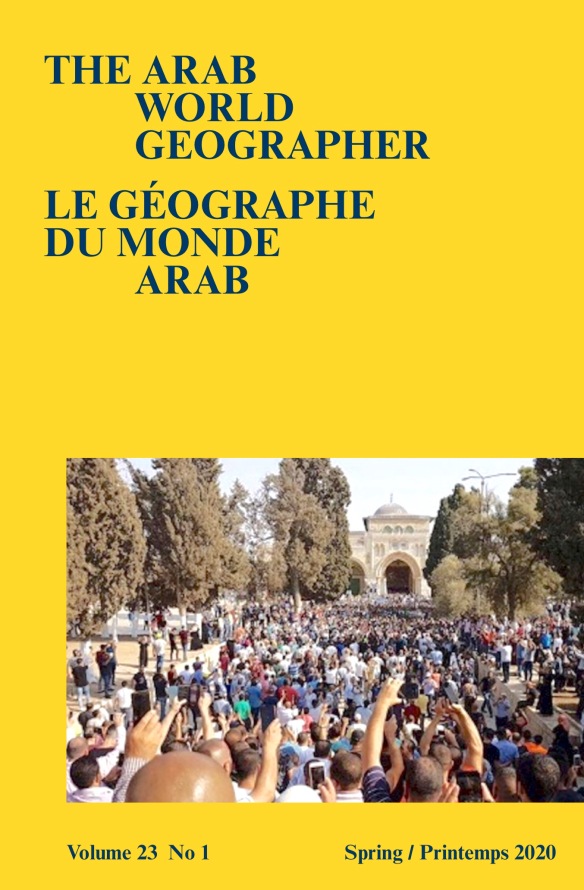 I’ve just received the welcome news from Ghazi Falah, editor-in-chief of the Arab World Geographer, that the latest issue (vol. 23, no. 1) is available (or soon will be!) on open access here.  Its focus is on the absurd Trump/Kushner “Deal of the Century”….

The Steal of the Century: Robbing Palestinians of their Past and Future Ilan Pappe