I started this blog on 10 July with a promise to see how it went: I said I’d been told that blogging wasn’t a distraction but a helpful way of sorting out ideas and opening up conversations.  So what have I learned from the experience?  For me, I’ve found that blogging does several things.

First, it means that I read more attentively.  This doesn’t mean that I’m constantly thinking of the next post, simply that when something catches my attention I’m more inclined to follow it up and see where it goes rather than transfer it to the “to be pursued later” (and forgotten sooner) box.  I suspect that many of us have our favourite displacement activities, particularly online: sites we visit (or stumble upon), flitting from one link to the next and telling ourselves that this is all part of the research process.  It often is, but it can also become an intellectual black hole into which we disappear every morning or evening.  I realise there is an irony here, that the act of blogging contributes to the merry-go-round, but I’m finding that the very possibility of working up a post is helping me read more purposefully.

Second, blogging is turning out to be a digital aide-mémoire.  I read Stuart Elden‘s post on this sort of thing, and I understand how that works in principle, but I’m simply not that organised.  I’ve tried to make sure that all my files are digital, and most of them are, though I still end up with piles of books on my desk and heaps of paper all over the floor.  I suspect I couldn’t write at all if my desk were empty and the floor clear of clutter…  Even so, many of these posts are notes to myself, even if I also pop them in an electronic bottle and let the current carry them away, and so I hit the “Print” button, save them as a pdf and disperse them among my e-files (and pray that I’ll find them when I need them).

Third, blogging is also working as a sort of warm-up exercise; once I’ve finished a post, I’m ready to turn to ‘proper’ writing (though I’m less and less persuaded of the difference, which is why those scare-quotes are there).  Like many (I assume most) people, I’ve always found writing difficult. Part of the answer has been to learn to trust myself – not to try to write on those days when I just know it’s not going to happen, when there’s no point in sitting at my desk/screen and simply putting in the hours, but equally to let it flow on those days when the words seem to be leaking out of my fingertips (where they come from in the first place is another question).  And any novelist will tell you that the most effective way to improve your writing is to read (see my first point: crucial) and to write.  Not to think about writing, not to plan and prepare to write, but to do it.  I’ve found blogging a remarkably effective way of moving beyond the frozen moment when you stare at the blank screen and the cursor blinks back at you, breaking the ice by making the black letters dance onto the white space.  I think it probably also helps to keep your writing fluid rather than congealing into the usual academic prose; while I was writing The colonial present (once you get beyond the first chapter: how I wish I had re-written that) I started to lose my “academic” voice, and I’m in no hurry to get it back.  I don’t think that means dumbing-down at all – any reader of E.P. Thompson knows that you can write wonderfully well, reach audiences far beyond the academy, and still have important things to say. 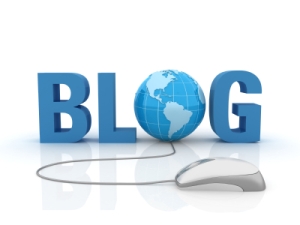 Fourth, blogging has opened up conversations because it is inherently (at least potentially) interactive.  I don’t mean only the comments that appear onscreen, though there have been some of those (and an awful lot more that you never see: in the short time I’ve been doing this, the amount of generic spam that washes in on the electronic tide each day only to be caught in wordpress’s wonderful net exceeds the number of times I’ve inherited millions from my Nigerian uncles, been made a partner in numerous diamond mines, laundered CIA money and scooped the European lottery), but all sorts of people have offered suggestions and comments that have been immensely helpful and encouraging.  Writing is a lonely business, and while I’m fortunate to have good friends here and elsewhere in e-contact, it’s refreshing, even exhilarating to encounter so many people I’ve never met who are prepared to contribute to the wider conversation.  In doing so, blogging not only throws open the gates of the disciplinary ghetto (the ‘geographical imaginations’ I have in mind have a stubbornly little g) but it also (again, potentially) begins to produce and develop publics beyond the academy.  That’s also why I write for openDemocracy, incidentally, but it’s also why I’m so taken by Eileen Joy‘s description of  blogs as the digital equivalent of eighteenth-century coffee shops (without all the blokes, presumably: but make sure you don’t spill your coffee on the keyboard): ‘They’re also Warhol’s Factory, Gertrude Stein’s apartment on the Rue de Fleurus, Ken Kesey and his band of Merry Pranksters in their cross-country bus….’  In my dreams too.  I also like Alex Reid‘s insistence on the deterritorializing function of the medium too. That publicness is extremely important; blogging is less lonely than other forms of writing but it’s also less private.  If I were simply writing entries in a journal I’m sure I wouldn’t be bothered.  I had thought of trying a collective blog, worried by the ‘vanity-project’ tag, and there are now increasing numbers of such projects (see the interesting discussion here) and many online open-access magazines – which I love  too – both crossing the academic front-lines into more public territory (and back again).  I’m keenly  interested in the blurring and mixing between the two that is well under way, and intrigued (and hopeful) about the implications for conventional – and increasingly dull – conventional journal formats.  Both Antipode and Society & Space have started to experiment with those possibilities but their online presence still seems (to me, anyway) to be constrained by the earth-bound weight of their parents so that they have yet to take flight.  Still, the thought of initiating a collective blog only to discover that the medium didn’t work for me meant that I decided that, at least for the start-up, blogging would be an individual but not as it turns out entirely non-collaborative venture.

Thanks for travelling with me.

Note:  Since writing this, I’ve discovered a world of posts and commentaries on academic blogging: I had no idea that the medium and practice (it’s both, isn’t it?) could excite so many passions, both for and against.  One interesting overview – apart from convincing me that prezi is not the way I want to go for my own presentations – is this one by Rohan Maitzen which she follows up here. And, as I noted in an earlier post, I’m also intrigued by Scalar as an alternative platform.  Finally, I want to note that throughout my trial-and-lots-of-errors process, Stuart Elden, Jeremy Crampton and the lively bunch at Geopolitics and security have all been wonderfully (and characteristically) generous in their support and encouragement – I’m really grateful to all of them.