The text of a lecture given by Mary Kaldor, Professor of Global Governance at the LSE,  at Tufts University on October 2012, when she was awarded the Dr Jean Mayer Global Citizens Award, named for Tufts’ former President and Chancellor.  The lecture also coincided with the publication of the third edition of Kaldor’s New and Old Wars: organized violence in a global era.

She emphasises that this lecture is a work in progress, a way-station en route to a book she is writing with Christine Chinkin, Professor of International Law who is also at the LSE.  Building on her discussion of ‘new wars’, and on her collaboration with Shannon Beebe, The ultimate weapon is no weapon: Human security and the new rules of war and peace, Kaldor argues for a ‘new peace’ in these terms:

I am arguing for international law that prohibits the use of force, as in domestic contexts, except in the very limited case of individual self-defence. The only argument for the international use of force is the scaling up of individual self-defence, e.g. genocide or massive violations of human rights. But in this case, the conduct of force is not the same as war-fighting. It is defensive, aimed at protection. Those responsible for the attacks are to be arrested where possible rather than killed. Any international use of force would take place under the authority of a reformed United Nations Security Council. Such an approach would require something like international emergency services rather like in a domestic context, we have police, fire fighters and emergency medical services. 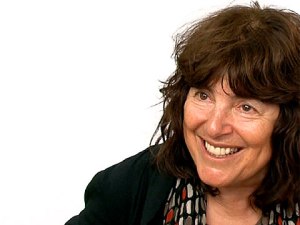 In case this sounds excessively utopian, it is worth noting that something along these lines has been developing in parallel with the War on Terror. All sorts of new techniques have been developed in wars in the Balkans and Africa – safe havens, humanitarian corridors, the establishment of courts to try war crimes. New types of security capabilities are being developed by the European Union and in the thinking about civilian protection in the United Nations. New commitments to humanitarian intervention or Responsibility to Protect have been adopted by the African Union. Many international missions, not all successful of course, have been taking place alongside the War on Terror and have involved a learning experience. We tend to focus on Iraq and Afghanistan because they are so visible but they may well turn out to be exceptions as a consequence of a more traditional war-fighting military intervention.

To put it more simply, in difficult situations like for example Syria, it is important to identify an alternative between old-fashioned military intervention where the aim is to win and where many get killed and there is a risk of escalation, and doing nothing. Or in the case of the War on Terror, it is about taking the problem of terrorism seriously. When terrorists are treated as enemies in a war, they are elevated and legitimised. In the case of the drone attacks, for example, it is not just a problem that mistakes are made and civilians sometimes get killed, more importantly, it escalates the violence. It provides an argument and justification for mobilising more recruits to extremist causes. What I worry about is that the combination of the economic crisis and what is happening the Middle East could portend a spreading protracted new war in large parts of the world.

I think there is a slippage between the first and last paragraphs of this extract: to claim that, in the circumstances Kaldor outlines, ‘the conduct of force is not the same as war-fighting’ is to ring-fence ‘war’ in ways that are increasingly problematic, as that last sentence concedes.  And to assume that a re-calibrated international law can somehow insulate the one from the other is utopian, isn’t it?