In 2010 James Der Derian (with David and Michael Udris) released Human Terrain, a film that explored the US Army’s Human Terrain Teams and its projected ‘cultural turn’ in counterinsurgency.

‘Human Terrain’ is two stories in one. The first exposes a new Pentagon effort to enlist the best and the brightest in a struggle for hearts and minds. Facing long wars in Iraq and Afghanistan, the U.S. military initiates ‘Human Terrain Systems’, a controversial program that seeks to make cultural awareness the centerpiece of the new counterinsurgency strategy. Designed to embed social scientists with combat troops, the program swiftly comes under attack as a misguided and unethical effort to gather intelligence and target enemies.   Gaining rare access to wargames in the Mojave Desert and training exercises at Quantico and Fort Leavenworth, ‘Human Terrain’ takes the viewer into the heart of the war machine and a shadowy collaboration between American academics and the military.

The other story is about a brilliant young scholar who leaves the university to join a Human Terrain team. After working as a humanitarian activist in the Western Sahara, Balkans, East Timor and elsewhere, and winning a Marshall Scholarship to study at Oxford, Michael Bhatia returns to Brown University to take up a visiting fellowship.  In the course of conducting research on military cultural awareness, he is recruited by the Human Terrain program and eventually embeds with the 82nd Airborne in eastern Afghanistan.  On the way to mediate an intertribal dispute, Bhatia is killed when his humvee hits a roadside bomb.

War becomes academic, academics go to war, and the personal tragically merges with the political, raising new questions about the ethics, effectiveness, and high costs of counterinsurgency.

Der Derian has now released a new film project, completed with Philip Gara, Project Z: the final global event.  The trailer (below) was released last month – at 11:11:11 on 11/11/11 – and according to a press notice, its release was ‘in acknowledgement of a cascading series of related dates – from the 11/ fall of the Berlin Wall, to the 9/11 attacks in the US, to the Arab Spring’s 2/11/11 removal of Egyptian President Hosni Mubarak from power.’

“If we don’t learn from these events, we’re headed for the final global event,” says head of the Global Media Project (GMP), James Der Derian, who is producing the film. Directed by Phil Gara ’08, a first-time filmmaker coming out of the GMP, the documentary features some of the world’s leading policy thinkers, military strategists, and critical theorists in an entirely new context, which they have embraced in the spirit of producing innovative global interest media that can reach new audiences.

And yes, “Z” stands for “Zombie.” As in, “we need to stop going around like the undead, wake up, and start making the tough decisions about how we want to live in a global community,” Der Derian says.

I’m grateful to Cathy Lutz for the information.

In posting this, I’m mindful not only of Rob Sullivan‘s critical response to Trevor Paglen‘s The Last Pictures (incidentally, the URL gloriously converts Paglen to “Pagen”….) and all those interested in ‘zombie geographies‘… For a different take that none the less loops back to Der Derian’s concerns in both his films, see Gaston Gordillo‘s perceptive commentary on Marc Forster’s forthcoming film World Revolution Z, based on Max Brooks‘s novel:

Zombie epidemics and revolutionary situations share a similar spatiality: a territorial disintegration through which multitudes that do not take orders from the state dissolve state-controlled spaces. InWorld War Z and also on the hugely popular TV show The Walking Dead, the zombie multitudes create, through this territorial dissolution, an overwhelming spatial void that is first generated in urban centers and subsequently expands outwardly. As Lefebvre insisted, in an increasingly urbanized world the most radical insurrections are (and will be) urban phenomena. This is why the panoptic surveillance of urban space is a key priority of the imperial security apparatus, as Stephen Graham demonstrates in Cities under Siege. In The Walking Dead, the urban nature of the zombie insurrection is particularly apparent in the opening episodes, when the zombie takeover of the city of Atlanta forces survivors to flee to rural areas. In one scene, attack helicopters bombard the city with napalm, the epitome of counter-insurgency weapons. In subsequent episodes, the spatial voiding created by the collapse of the state acquires a particularly haunting presence. For months on end, the small band of survivors lives on the run, in hiding, always on the edge and with their weapons at the ready, suffocated by the spatial emptiness that surrounds them —a voiding not unlike the one experienced by imperial troops in terrains controlled by local insurgencies, be that of the jungles of South America in the 1600s or the mountains of Afghanistan today. 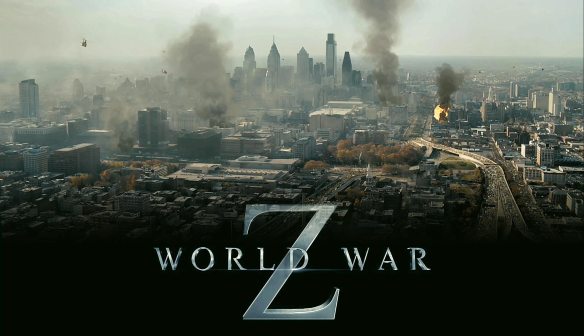