I’m on the magical island of Sicily for the 9th Pan-European Conference on International Relations: Worlds of Violence (you can find abstracts and even some papers here though presumably not for ever).

I’ve never been to one of these things before, not even the ISA (though I must do something about that) so there’s a  learning curve – not only about IR but about how people in a different field who all seem to know one another comport themselves (or don’t).  There are lots of geographers here too, though Philippe Le Billon and Simon Springer, who organised a series of sessions on Geographies of Violence, never made it (fortunately not felled by violence).

I’m giving what I hope is more or less the final version of ‘Angry Eyes‘ (updates here and here) on the Uruzgan drone strike so I’ve been attending several sessions on drones to see what other analysts have been up to beyond the range of my targeting sensors trained on ssrn and Academia [This is perhaps the place to say I don’t post anything on either platform, since all my texts are available on this website under DOWNLOADS: but maybe I should?]. 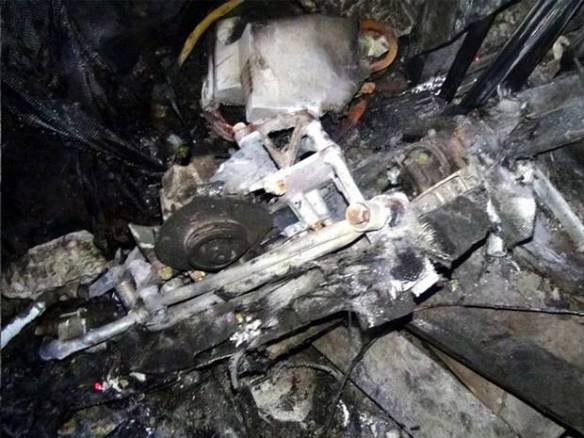 Yesterday Lisa Hajjar spoke on ‘Drone warfare and the superpower’s dilemma‘.  She explains the title like this:

The United States has been in a continuous—or, at least, uninterrupted—state of armed conflict since 2001, and there is no end in sight. The strategies and technologies, as well as the locales of engagement and designated enemies of this “’global’ war on terror” have changed considerably over the past fourteen years. Nevertheless, the US government still relies on the Authorization for Use of Military Force (AUMF), passed by Congress on 14 September 2001 (three days after the 9/11 terrorist attacks), as the legal authority to bomb people in Afghanistan, Pakistan, Yemen, and Somalia, in Iraq since the occupation (the 2003 invasion was authorized under a different AUMF), in Libya since 2012, and most recently in Syria. This expanding conflict is not actually the same in any empirical sense, but the 2001 AUMF continues to be relied on because of the plasticity of the label of terrorism and the fact that the war against it has neither been won nor lost. This ability to continue fighting without losing and the inability to stop without winning could be described as “the superpower’s dilemma.”

‘The most significant change over the course of the “war on terror”’, she continues, ‘is the escalating use of armed drones (unmanned aerial vehicles, or UAVs) to target geographically diffuse and unconventional enemies.’

My analysis highlights three main issues: 1) why drone strikes for targeted killing have superseded capture and combat in US counter-terrorism strategy; 2) how officials explain and justify the strategic logic of remote killing; and 3) why drones seem to provide a technological answer to the superpower dilemma of how the United States can continue to “stay in the fight” without a significant commitment of “boots on the ground.” The conclusion is that bombing operations and aerial campaigns are incapable of achieving the declared security goals that their use aims to serve. On the contrary, drone warfare has been an important factor in the continuation of the “war on terror.”

My ability to report all this is not down to phenomenal powers of recall or a crash course in shorthand: you can read the full essay in two parts at Jadaliyya here and here.

(If you wonder about the image above, by the way, you can find the answer to its symbolic significance here and here). 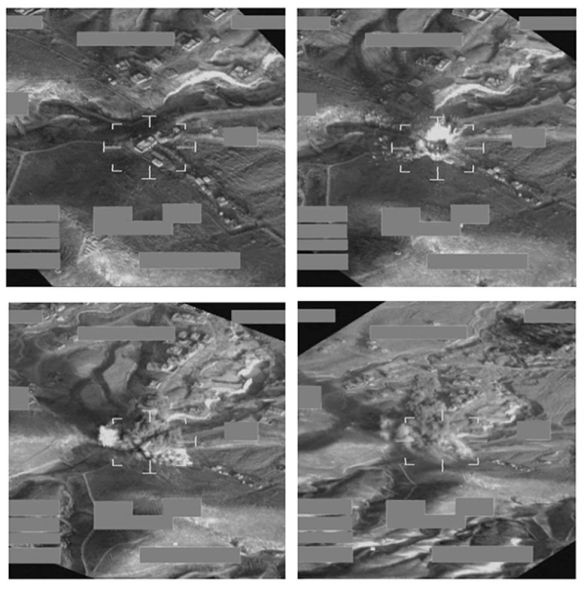 Meanwhile, other states are operating drones too – notably over Iraq and Syria – including Russia (more here and here) and the UK (see here and read here).  I’m keeping my eyes on those developments too, but right now it’s Angry Eyes that holds my attention (not least because it reminds us that military drones are used for far more than targeted killing).  There are discussants for my own presentation, so I’ve prepared a paper summarising the argument and conclusions in lieu of a real paper – the long-form version is still in preparation – and I’ll post that soon.  But now I must away to think myself into my part….