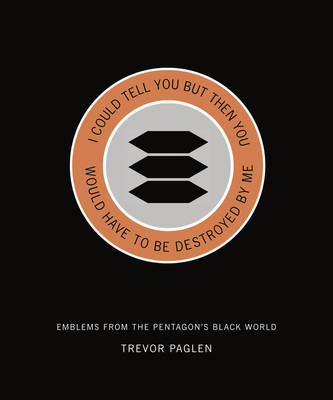 In 2010 artist-geographer-writer (and an old friend) Trevor Paglen published a collection of unofficial US military patches that showed the fraying fringes of the Pentagon’s secret operations: I could tell you but then you would have to be destroyed by me: emblems from the Pentagon’s Black World (Melville House, 2010).

As Steven Heller wrote in the New York Times,  ‘issuing patches for a covert operation sounds like a joke . . . but truth be told, these days everything is branded. Military symbols are frequently replete with heraldic imagery — some rooted in history, others based on contemporary popular arts that feature comic characters — but these enigmatic dark-op images, in some cases probably designed by the participants themselves, are more personal, and also more disturbing, than most.’

Danger Room posted several selections from Trevor’s collection here (and follow the links back for eight – yes eight – more) and here; there are also more here from MilSpecMonkey…

Trevor’s wryly serious research has resurfaced twice this week.  Lowen Liu at Slate tried to unpick the stitches from one patch, from the agency that designs, builds and operates America’s intelligence satellites, the National Reconnaissance Office (“Vigilance from Above”), to investigate its use of an anagram from the movie Sneakers – “Setec Astronomy” (Too Many Secrets).  Trevor drew his attention to a 2008 memo from NRO:

Recently, two journalists compiled an article mentioning how symbols used in unclassified logos and patches can reveal information about National Reconnaissance Office (NRO) satellite identities and missions that are otherwise classified. … All briefed personnel are reminded … [of] the grave responsibility of protecting that information from improper and unauthorized disclosure and compromise. Failure to comply with these obligations can result in irreparable harm to the nation.

Liu was left wondering whether Sneakers took “Setec Astronomy” from the NRO… Who knows?

You might also shrug your shoulders and think “Who cares?”, except that those patches can indeed disclose information about the projects they simultaneously conceal and reveal.  And this week Chris Cole at Drone Wars UK published a selection of patches worn by USAF and RAF drone pilots. Described as “morale patches“, designed to raise the morale of the units they represent, most of these don’t tell us anything we didn’t already know about their remote operations – the casual way they turn killing into a cartoon is remarkable, but it’s there in the names of the aircraft they fly: 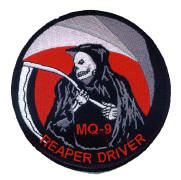 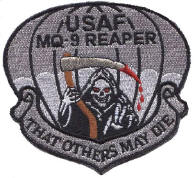 And Trevor has one other that speaks more directly to American drone operations in Pakistan and beyond than anything else I’ve seen: 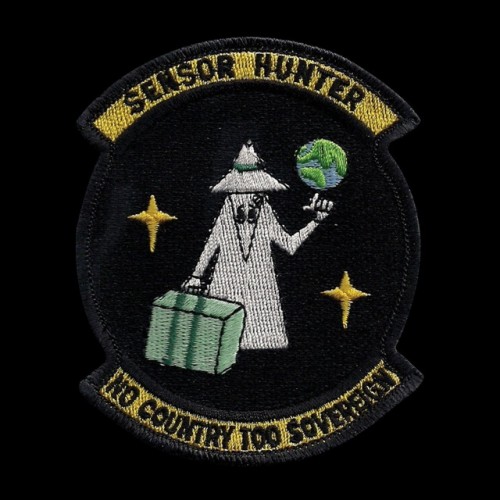 1 thought on “Patches, the Pentagon and Pakistan”