I am at last back in Vancouver after what seemed at times like a marathon on the road (even though part of it was vacation), and there’s much to catch up on and much to report.

But I’m going to ease myself in gently with news of a forthcoming book by Joseph Masco.  Many readers will know his previous book, The Nuclear Borderlands: the Manhattan Project in post-Cold War New Mexico (Princeton, 2006), a tour de force – appropriately enough – that carried off a string of major prizes. (If you don’t know it, you can get a taste in his ‘Desert modernism’, available as a pdf from Cabinet 13 (2004) here).

His new book, due out from Duke University Press in November, is The Theater of Operations: National security affect from the Cold War to the war on terror:

How did the most powerful nation on earth come to embrace terror as the organizing principle of its security policy? In The Theater of Operations, Joseph Masco locates the origins of the present-day U.S. counterterrorism apparatus in the Cold War’s “balance of terror.” He shows how, after the attacks of 9/11, the U.S. Global War on Terror mobilized a wide range of affective, conceptual, and institutional resources established during the Cold War to enable a new planetary theater of operations. Tracing how specific aspects of emotional management, existential danger, state secrecy, and threat awareness have evolved as core aspects of the American social contract, he draws on archival, media, and ethnographic resources to offer a new portrait of American national security culture. Undemocratic and unrelenting, this counterterror state prioritizes speculative practices over facts, and ignores everyday forms of violence across climate, capital, and health in an unprecedented effort to anticipate and eliminate terror threats – real, imagined, and emergent.

I’ve commented on the idea of a ‘theatre of war’ on several occasions (see here and here) and in his new book Masco seems to be excavating its performative/manipulative dimensions to explore the constitution of ‘a new, planetary theatre of operations’ – something else to take into account as I race towards completing The everywhere war.  I’m also greatly taken by a genealogy that begins not with 9/11, which is emphatically not the moment when ‘everything changed’, but with the Cold War…

The Theater of Operations has won advance praise from another of my favourite authors, Peter Galison:

“We know that in the Cold War transportation infrastructures boomed, electronic infrastructures had to be hardened. We know about weapons and counter-weapons; we even have learned about the astonishing proliferation of security mechanisms put in place during the War on Terror. What Joseph Masco shows us in The Theater of Operations is an entire affective structure—the management of anxiety, resilience, steadfastness, sacrifice—that is demanded of every citizen. Alert to liquid containers above 2.4 ounces, hypervigilant to abandoned bags, suspicious loitering, or the detonation of a thermonuclear weapon—we learn to live our lives aware of tiny and apocalyptic things. With an anthropologist’s eye long attuned to life in the para-wartime state, Masco is the perfect guide to the theater of our lives in the security state.” 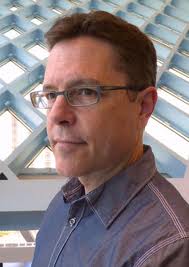 Evidently not a person to stand still for long, Masco is already at work on a book on environmental crisis: you can dip a toe into the water at the excellent somatosphere (on science, medicine and anthropology) here, or dig out his chapter on ‘Bad weather: the time of planetary crisis’ in Martin Holbraad and Morten Axel Pedersen (eds), Times of security: ethnographies of fear, protest and the future, which came out from Routledge last summer.  The abstract (below), together with a link to an earlier essay on ‘Building the Bunker Society’ (available as a pdf), is here:

How, and when, does it become possible to conceptualize a truly planetary crisis? The Cold War nuclear arms race installed one powerful concept of planetary crisis in American culture. The science enabling the US nuclear arsenal, however, also produced unintended byproducts: notably, a radical new investment in the earth sciences. Cold War nuclear science ultimately produced not only bombs, but also a new understanding of the earth as biosphere. Thus, the image of planetary crisis in the US was increasingly doubled during the Cold War – the immediacy of nuclear threat matched by concerns about rapid environmental change and the cumulative effects of industrial civilization on a fragile biosphere. This paper examines the evolution of (and competition between) two ideas of planetary crisis since 1945: nuclear war and climate change. In doing so, the paper offers an alternative history of the nuclear age and considers the US national security implications of a shift in the definition of planetary crisis from warring states to a warming biosphere.

And while we are on the subject of ‘bad weather’, climate change and national security, the GAO recently released a report on the implications of global climate change for US military infrastructure. You can read a summary review here, which points out that while the Pentagon evidently takes climate change very seriously indeed – there has been a string of seminars, workshops and conferences testifying to that – the die-hards in the Republican Party continue to do everything they can to block even military-sponsored research into climate change.  As Representative David McKinley put it:

Our climate is obviously changing; it has always been changing. With all the unrest around the global [sic], why should Congress divert funds from the mission of our military and national security to support a political ideology? This amendment will ensure we maximize our military might without diverting funds for a politically motivated agenda.

The engorgement of ‘military might’ severed from a ‘politically motivated agenda’: you can’t make this stuff up.  Even for the theatre.