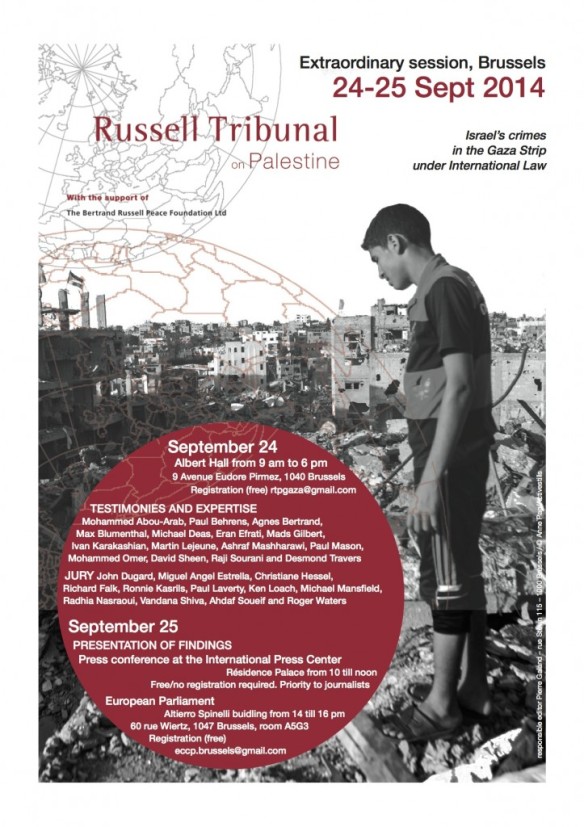 I’ve posted about maps of this summer’s Israeli assault on Gaza before (see also here), and in the light of those discussions Max Blumenthal‘s testimony before the Extraordinary Session of the Brussels Tribunal on Gaza this past week was exceptionally interesting.  He arrived in Gaza on 15 August, at the start of yet another ‘humanitarian ceasefire’, and recorded testimony from residents from several of the areas destroyed by the Israeli military.

In Shuja’iyya Max and his colleague Dan Cohen discovered a map abandoned by the Israeli military in an ammunition box: 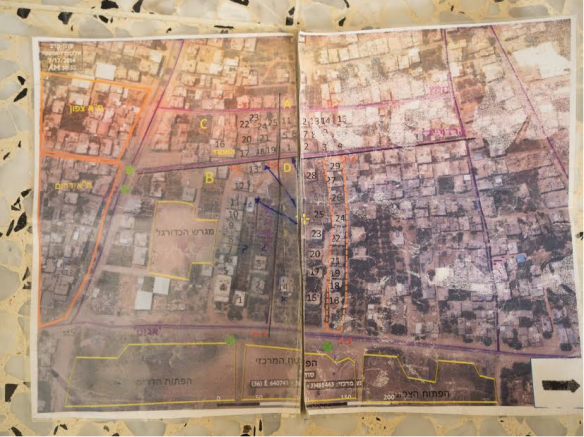 Over at Alternet, Max reads this map with the aid of Eran Efrati, a veteran of the Israeli army.  Over the last five years Eran has been conducting interviews with Israeli soldiers – since Operation Cast Lead, in fact – and as part of his investigations into the vicious attack on Shuja’iyya he had this to say to Amy Goodman:

‘… in the morning, families are starting to come back into their neighborhood, civilians looking for family members they left behind and looking for them under the rubbles…. People [are] going around the neighborhood and screaming names of family members, looking for them—obviously unarmed civilians. The soldiers are in the house, looking ahead. At that time, they decide to do an imaginary red line in the sand. Our officers tell them they had to do an imaginary red line to determine if they’re in risk or not. And whoever will cross this red line will be a risk for them, and so far, they can kill him. Of course, that’s not something new. It happened in 2009 and in 2012. But this time, this imaginary red line was drawn very, very far from the house. Snipers were sitting on the windows waiting for orders.’

The map you are looking at offers an indication that not only were individual soldiers able to devise their own “invisible” red lines, there was an explicit policy to transform areas of central Shujaiya into free-fire zones where civilians could be killed simply for being present.

In orange, in the upper center of the map, the phrase, “Tzir-Hasuf,” or “We cleared it out,” appears. All homes along this road were destroyed. In fact, most of the homes in the entire area displayed on the map were razed to the ground.

In the upper-right-hand corner of the map, inscribed in red Hebrew letters, you can see the phrase, “Hardufim.” This is code invoked over army radios to indicate soldiers killed in combat. According to Efrati, the phrase was used during Operation Cast Lead to delineate areas where Palestinian civilians could be killed. It appears this line was drawn in Shujaiya after the Golani Brigade lost 13 soldiers during clashes on the evening of the 19th — when “Hardufim” was heard blaring across Israeli army radios — before they occupied homes in Shujaiya the following morning, when the now notorious videotaped execution of 22-year-old Salem Shamaly occurred.