Here is a call for papers for a wonderfully creative international symposium, The Body of War: Drones and Lone Wolves,  to be held at the University of Lancaster  on 24-25 November 2016.  It’s part of the ongoing States of Exceptions project (for Part I, see here).

I’ve just agreed to give a keynote; it’s an interdisciplinary event, and the organisers tell me they are keen to encourage the participation of early career scholars. 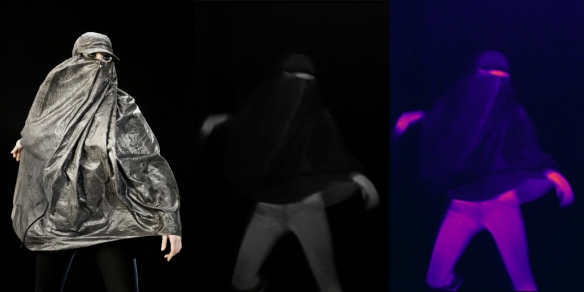 13 November 2015: three suicide bombers blew themselves up near the Stade de France in Saint-Denis, Paris, killing themselves and a bystander, and triggering a series of violent actions that caused 130 casualties. 15 November 2015: the President of France, François Hollande, after defying the attacks ‘an act of war’ by the Islamic State, launched a three-month state of emergency and ‘Opération Chammal’, a huge airstrike campaign against ISIL targets in Syria.

These two violent actions design a deformed and limitless theater of war, within which all distinctions and limitations elaborated by International Law seem to disappear. It is not merely the loss of the fundamental distinction between combatants and civilians, that both suicide bombers and airstrike bombings signal. In the current situation, all the fundamental principles that gave birth to the Laws of War seem to collapse: spatial and temporal limitations of hostilities, proportionality of military actions, discrimination of targets, weapons and just methods to use them. In this way, the ‘enemy’, from a juridical concept, is transformed into an ‘ideological object’; his figure, pushed to a climax from both these ‘invisible’ and ‘mobile’ fronts, becomes absolute and de-humanized. Hollande, Cameron and Obama’s unwillingness to use ground troops against the ‘uncivilized’ (Kerry 2015) is mirrored by the ISIL call to intensify suicide missions against the ‘cowards’ (Dābiq, 12: 2015).

But what lies behind the asymmetric confrontation between airstrikes and ‘humanstrikes’, behind the blurring of the distinction between the state of war and state of peace? What notion of humanity are the physical disengagement of the Western powers (with their tele-killing via drones and airstrikes) and the physical engagement of suicide bombers (ready to turn their bodies into a weapon) trying to convey? In other words, how and to what extent is there a connection between the automatization and biopoliticization of war operated by Western powers and the sacrificial nature of the conflict adopted by those who want to fight these powers?

In this second part of the “States of Exceptions” project, our intention is to explore these questions in order to map the crucial transformations of warfare, of its ethical principles and methods of engagement.

We invite potential participants to submit abstracts of no more than 250 words by 31 July 2016 drawing upon, but not limited to, such issues as:

Please send abstracts with “States of Exception II” in subject line to bisagroup.cript@gmail.com

3 thoughts on “The Body of War”