I’m still working on the (very) long-form version of ‘The Death of the Clinic’; in a previous post I described the attacks on hospitals in Syria and, in particular, the the construction – and destruction – of the underground Cave Hospital in Hama, Syria (see also my update on ‘Bombs, bunkers and borders’ here).  You can find videos and photographs from Jake Godin here.  The hospital has provided trauma surgery and paediatric care, treatment for major illnesses, and emergency treatment for victims of gas attacks (below): 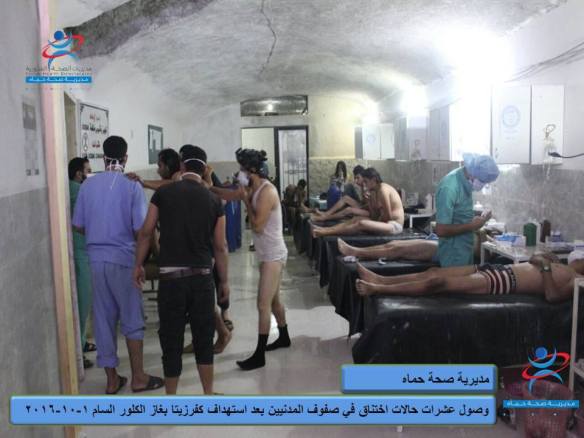 I have just received this bleak news:

A few hours ago, at 12:15 pm Damascus time [on 1 February], the Al Maghara (Dr. Hassan Al Araj) Cave Hospital in Kafr Zita, Hama was hit by five missiles from an airstrike. The hospital, built under 60 feet of rock, suffered extensive damage. 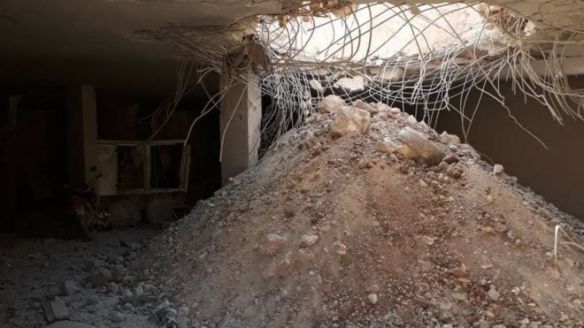 The pharmacy was destroyed and there was extensive damage to the emergency department, which UOSSM supports, and ambulances. There were minor injuries and no casualties reported. The facility was put out of service. The hospital serves a population of 50,000 people, has 7,000 beneficiaries a month and performs roughly 150 major surgeries a month.

The hospital was previously hit by three airstrikes in 2018; on January 30, January 5, January 2. The hospital was built under 60 ft. of rock to protect it from airstrikes and is considered one of the most structurally fortified hospitals in all of Syria. Damaging the structure to this extent is only possible through advanced weapons/ bunker buster missiles.