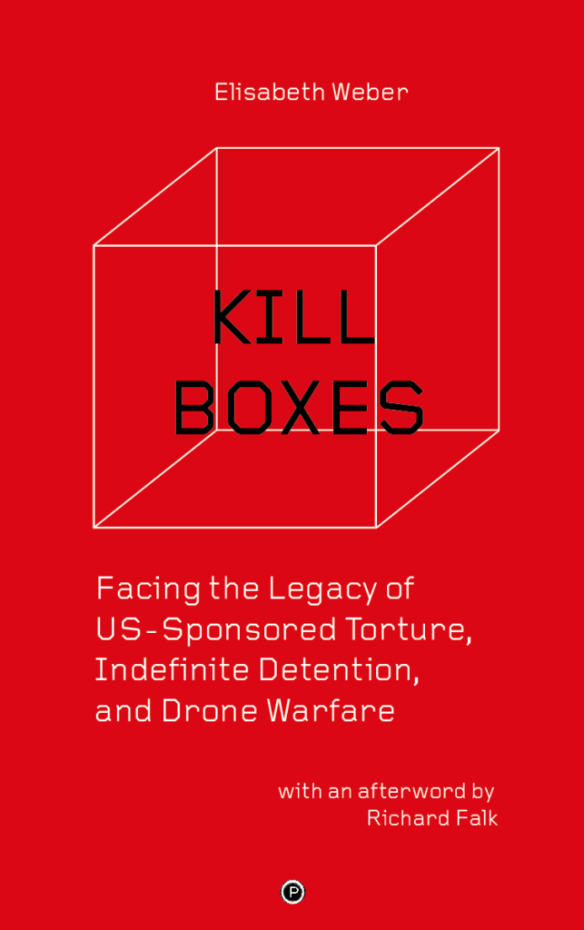 As 2016 lurches towards its end, I’ve received notice of a number of books that once I would have hoped would be of purely historical interest.  No longer.  So we’ll start with Elisabeth Weber‘s Kill-boxes: facing the legacy of US-sponsored torture, indefinite detention and drone warfare coming soon from Punctum Books:

Kill Boxes addresses the legacy of US-sponsored torture, indefinite detention, and drone warfare by deciphering the shocks of recognition that humanistic and artistic responses to violence bring to consciousness if readers and viewers have eyes to face them.

Beginning with an analysis of the ways in which the hooded man from Abu Ghraib became iconic, subsequent chapters take up less culturally visible scenes of massive violations of human rights to bring us face to face with these shocks and the forms of recognition that they enable and disavow. We are addressed in the photo of the hooded man, all the more so as he was brutally prevented, in our name, from returning the camera’s and thus our gaze. We are addressed in the screams that turn a person, tortured in our name, into howling flesh. We are addressed in poems written in the Guantánamo Prison camp, however much American authorities try to censor them, in our name. We are addressed by the victims of the US drone wars, however little American citizens may have heard the names of the places obliterated by the bombs for which their taxes pay. And we know that we are addressed in spite of a number of strategies of brutal refusal of heeding those calls.

Providing intensive readings of philosophical texts by Jean Améry, Jacques Derrida, and Christian Thomasius, with poetic texts by Franz Kafka, Paul Muldoon, and the poet-detainees of Guantánamo Bay Prison Camp, and with artistic creations by Sallah Edine Sallat, the American artist collective Forkscrew and an international artist collective from Pakistan, France and the US, Kill Boxes demonstrates the complexity of humanistic responses to crimes committed in the name of national security. The conscious or unconscious knowledge that we are addressed by the victims of these crimes is a critical factor in discussions on torture, on indefinite detention without trial, as practiced in Guantánamo, and in debates on the strategies to circumvent the latter altogether, as practiced in drone warfare and its extrajudicial assassination program.

The volume concludes with an Afterword by Richard Falk.

You can read the Introduction here.