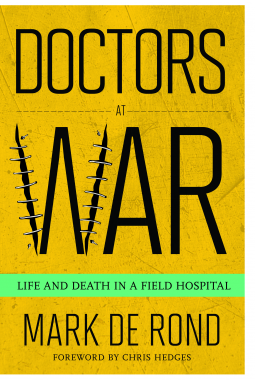 Mark de Rond‘s Doctors at War: life and death in a field hospital is due from Cornell University Press in March:

Doctors at War is a candid account of a trauma surgical team based, for a tour of duty, at a field hospital in Helmand, Afghanistan [Camp Bastion]. Mark de Rond tells of the highs and lows of surgical life in hard-hitting detail, bringing to life a morally ambiguous world in which good people face impossible choices and in which routines designed to normalize experience have the unintended effect of highlighting war’s absurdity. With stories that are at once comical and tragic, de Rond captures the surreal experience of being a doctor at war. He lifts the cover on a world rarely ever seen, let alone written about, and provides a poignant counterpoint to the archetypical, adrenaline-packed, macho tale of what it is like to go to war.

Here the crude and visceral coexist with the tender and affectionate. The author tells of well-meaning soldiers at hospital reception, there to deliver a pair of legs in the belief that these can be reattached to their comrade, now in mid-surgery; of midsummer Christmas parties and pancake breakfasts and late-night sauna sessions; of interpersonal rivalries and banter; of caring too little or too much; of tenderness and compassion fatigue; of hell and redemption; of heroism and of playing God. While many good firsthand accounts of war by frontline soldiers exist, this is one of the first books ever to bring to life the experience of the surgical teams tasked with mending what war destroys. 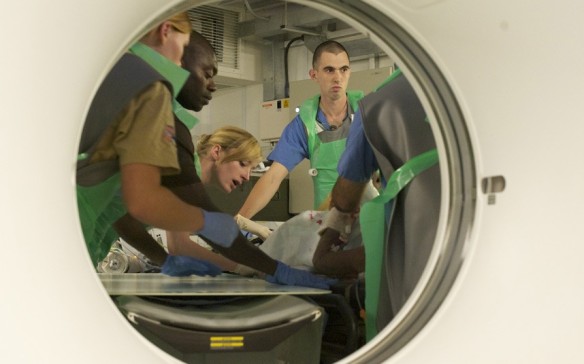 In a faraway land where the rains were dry and the trees blue and the air bittersweet, and where ants were like dogs and birdsong was not, there life went for a song. Everyone and everything died young. Safeguarding its sandy southern perimeter was a coalition of The Free sandbagged in a ghetto the size of a small city. Camp Bastion was the hub in an operation designed to secure for others the freedoms they would have wished for themselves had they been less primitive. The lowlands that surrounded the camp belonged to a warrior people who walked these sands ever since Ibrahim bedded his maidservant and sent her and her firstborn to fend for themselves. The ensuing tiff was never laid to rest. These were Ishmael’s brood.

Inside the camp was a field hospital that, while small, was said to be the world’s bloodiest. It was living proof of reason applied to predicament to save daily those left limbless on account of another of menfolk’s bright ideas. This most progressive of all wars featured sophisticated body armor and capable, rapid air evacuation, meaning that casualties presented alive with injuries more severe than ever seen before in the living. Whether all of the most seriously injured wished to be rescued is another matter altogether, and one they no longer had any say in.

Here is the Contents:

By Way of Introduction

4 A Reason to Live

12 Way to Start Your Day

‘In Doctors at War, Mark de Rond shines a light on a reality we are not supposed to see. It is a reality, especially in an age of endless techno war, we must confront if we are to recover the human’ — from the Foreword by Chris Hedges.  More here.