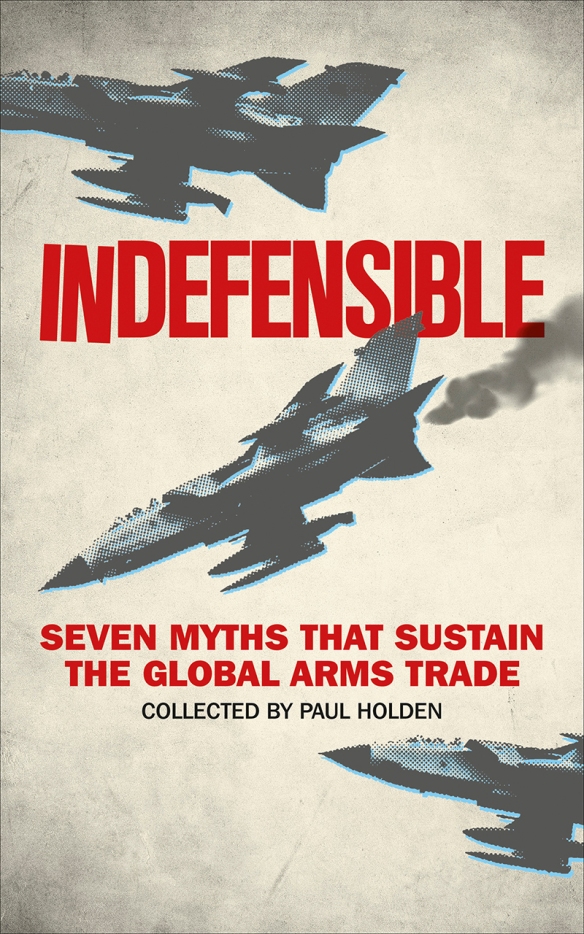 I had a wonderful time at Andrew Feinstein‘s Wall Exchange lecture last night – and at dinner afterwards – and Andrew alerted me to an excellent companion to many of the arguments he developed in Shadow World:

Although there is often opposition to individual wars, many people continue to believe that the arms industry is necessary in some form: to safeguard our security, provide jobs, or stimulate the economy. For these reasons, not only conservatives, but many progressives and liberals, are able to rationalize supporting it. But is the arms industry truly as essential as we’ve been led to believe?   Indefensibleputs forward a devastating challenge to this conventional wisdom, debunking many myths about the industry that has somehow managed to normalize the existence of the most savage weapons of mass destruction ever known.

Editor Paul Holden, who himself has written extensively about arms deals, has compiled the essential handbook for those who want to counter the arguments put forth by the industry and its supporters. Deploying statistics, case studies, and irrefutable evidence to demonstrate how the arguments in favor of the arms trade are fundamentally flawed, both factually and logically, the contributors to this volume clearly show that far from protecting us, the arms trade undermines our security by fanning the flames of war, terrorism, and global instability.

Bringing together a range of distinguished experts and activists, including Andrew Feinstein, author of After the Party and The Shadow World, Indefensible not only reveals the complex dangers associated with the arms trade but offers positive ways in which we can combat the arms trade’s malignant influence, reclaim our democracies, and reshape our economies in the interests of peace and human well-being.

It’s available in paper and digital forms from Zed Books (see here) and the University of Chicago Press (see here) but it’s also available online where you can read the whole thing for free here.